The Egyptian Crocodile G-d : The Messiah Of Isrealites !! 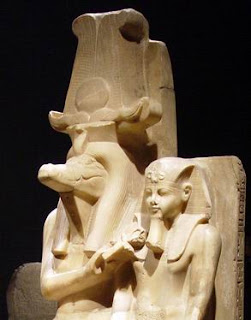 The Egyptian Crocodile G-d : The Chosen One Of Isrealites


The New Testament Greek words for anoint is “Chrio” which means “to smear or rub with oil ” . The annointing of priest-kings dates back to ancient Egyptian traditions. The interesting thing is the oil which was  used in Egypt came from crocodiles which were called "Messeh", hence the word "Messiah" or "Annointed king" came out to be .

According to one account, Pharaoh’s bride was required to anoint him, before their marriage, with oil drawn from fat of the holy and deified crocodile (messeh)[ Sir Laurence Gardner, “The Hidden History of Jesus and the Holy Grail].

In another version, crocodile oil was used to anoint Pharaoh for his coronation. Thus, the crocodile G-d gave up its life to foster the reign of the earthly god, Pharaoh.
The Egyptian term messeh was allegedly adopted by the Hebrews (ca. 1250 BCE) as the mashiach (anointed). 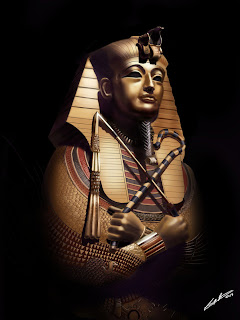 The Hebrew word for “anointed” was then Hellenized by the Greeks to “Christos”  and, later, by the English to “Messiah” and “Christ”.
The noun   (christos), meaning anointed, comes from the Greek verb  (chrio), meaning to smear or anoint.

The Book of the Dead suggests that Sobeks, the crocodile G-d’s closeness to Horus can be traced back to his participation in the birth of this god. Sobek was responsible for calling Isis and Nephthys to aid in the protection of the dead. He was the G-d from the Dark Water. Sobek may have been an early fertility god or associated with death and burial.

He was at once an aggressive and dangerous god, but also linked to procreation and vegetative fertility, the latter by being obviously linked to the Nile and its fertile green banks and fields.  Partly for this reason, Sobek is often linked to the colour green. Sobek is said to be the son of Neith or Nuit, another very ancient goddess deity.
The kings and queens of the 13th dynasty particularly favored the cult of Sobek, and kings and queens alike would incorporate the name of the god in their titles, for example Sobek-hotep (Sobek is merciful or satisfied) .  In this connection, Sobek was closely related to the Royal god Horus and there are a number of depictions of Sobek as a crocodile with the head of a falcon adorned with the double crown.
According to ancient visitor, Strabo, writing in the  1st century BCE records his visit to the  shrine of Sobek accompanied by the then Roman Prefect of Egypt.  He visited the Temple that housed the sacred crocodile.  As with all Sobek temples there was a small pool where the living Sobek could lie at leisure.   When visitors arrived for a godly consultation, they would be required to call upon his name, “Suchos! Suchos!”.  If the animal responded and turned towards the visitor this was considered a fairly good sign.

The temple of Sobek is  at Kom Ombo in Upper Egypt.  Sobek shared this temple in a dual dedication which included Haroeris, better known as Hawer or “Horus the Elder”.  Hawer was the husband of Heket the fog goddess responsible for the creation of children along with Khum, the ‘potter’ god responsible for fashioning children on his potter’s wheel.

In The name Of Humanity !!!

Popular posts from this blog 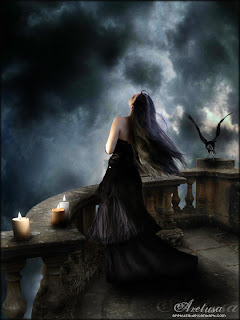 Hebrew Name of G-d is Yah and it was known to be the name ofG-d since Moses’s mythical exodus from Egypt and by the way what was the name of Egyptian Moon God? He was called Yah, coincidence? Yah  equals to Iah or Ieue as it is said in Hebrew. One Egyptian papyrus says:

“ I am Moon God Yah among the Gods, I do not fail ”.Interestingly when christians praise their G-d they use the word “Helelu-Yah ”, which means “O Yah the Shining One” . The word “Helel” means “Shining One”. But the similarlties does not end here .

The Hebrew word for Moon itself is  “Yah-re-ach”  meaning “ Crescent Moon”. (H3394) And ‘Yareach’ is Hebrew name for none other than the Canaanite deity Yarikh ! This Egyptian deity called‘Yah’ was once personified through the crescent moon, worshiped in humanoid form.

The word Jerico or Yah-richo in Hebrew means  Moon City. So they prayed to Moon God,other wise it makes no sense to name a city base on pagan deities. Strong Lexicon gives a very interesting meani…
Read more

YHWH: Decoding His Origins & Shocking Revelations About Him!!! 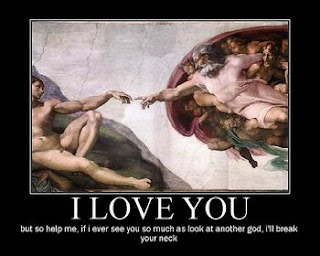 THE TRUE NAME OF GOD
(The "Historical Evolution" of the Hebrew God, variously called Yahweh, Yaw, Yah, Yahu, El or Elohim)
Yahweh is merely an amalgamation of various and multiple earlier gods and goddesses.  The “Proto-Hebrews having imbued their God with the functions, epithets, symbols and achievements of many other earlier and contemporary gods and goddesses.

It is a scholastically well known  fact that many portions of the Old Testament are dedicated to establishing Yahweh’s superiority over the other Gods.


Contrary to popular belief the Hebrews did not originally have a monotheistic religion. Theirs were the gods and goddesses of the land from which they were native; the hierarchy of gods and goddesses who included Baal, the god of storms, who made the land fertile, and Lotan, the seven-headed dragon, known to Old Testament readers as Leviathan.

Ashera, identical to the Egyptian Isis, There is Yam Nahar, the god of the seas and rivers, and other pantheons and hierarchies …
Read more

Robert Mascharan
The believe That A Cosmic Jewish Zombie Can Make You Live Forever If You Symbolically Eat His Flesh And Telepathically Tell Him That You Accept Him As Your Master,So He Can Remove An Evil Force From Your Soul That Is Present In Humanity Because A Rib-Women Was Convinced By A Talking Snake To Eat From The Magical Tree. Makes Perfect Sense!!!